Zacharia Fakhoury writes: I Made a Mistake 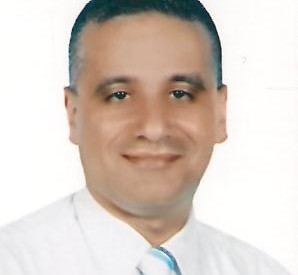 One of the first things that a child needs to learn is to accept responsibility for their behavior. By nature, children and adults tend to shift responsibility. For example, if a child breaks a cookie jar and says, “It broke.” “It broke.” “I didn’t have anything to do with it.” The wise parent will say, “Let’s say that in a different way.” And help the child take responsibility of their mistake.

There is nothing sinful about breaking a cookie jar. You are simply teaching a child to accept responsibility for his behavior. If you don’t teach this important lesson, you hamper the social development of your child. An adult who shifts blame will have trouble in marriage. “I broke the cookie jar.” It’s a big lesson.

We All Make Mistakes
Some of us are willing to admit it and apologize. Others deny, or rationalize their wrong behavior. I agree with Dr. Spencer Johnson who said, “Few things are more powerful than having the common sense, wisdom, and strength to admit when you’ve made a mistake and to set things right.”

If you have trouble saying, “I was wrong.” It probably started in your childhood. Perhaps your dad never apologized, so you got the message that real men don’t apologize. In reality, to rationalize your wrong behavior is a sign of weakness. It means that you are not willing to accept responsibility for your mistakes. Learning to say, “I was wrong” is a major step toward becoming a responsible and successful adult.

I know adults who have not learned that lesson. They are still saying, “It did it by itself.”
Here’s an exercise for you: Stand in front of the mirror and say, “I was wrong. I was wrong. I was wrong.” Say it until it feels comfortable. Then, use it when you know that your behavior was inappropriate.

The Language of Your Apology
“I made a mistake.” “I was wrong.” Two of the most important sentences you will ever learn. There are not perfect wives, no perfect husbands, no perfect children and certainly no perfect parents. Healthy families do not require perfection, but they do require the willingness to admit when you do wrong. When Dr. Jennifer Thomas and I wrote the book: the five languages of apology, we discovered that for some people, this is what they are looking for in an apology. If you don’t admit that you were wrong, they feel that your apology is insincere.

The next time you need to apologize, you might use those words: “I made a mistake.” “I was wrong.” It might make it easier for your spouse to accept your apology and forgive you.

When you sincerely apologize, you will most likely receive forgiveness. When you fail to apologize you leave an emotional barrier between you and the other person. When is the last time you apologized to your spouse? Or, your child? If it has been more than a week, you probably owe someone an apology. Be brave, say the words: “I owe you and apology.” Time doesn’t heal hurts; apologies do.