?Saied Shoaaib writes: Why does the Public Library of Canada protect the terrorist terrorist sheikh 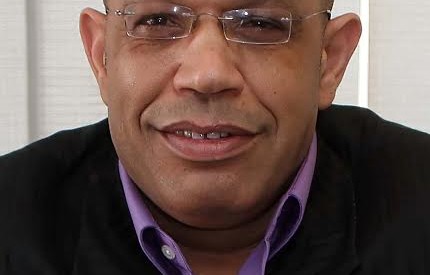 1- https://www.gatestoneinstitute.org/9974/ottawa-public-library-islam
2- “Hundred questions about Islam” – Dr. Muhammad al-Ghazali
3-
Thank you for your email expressing concerns about the Gatestone Institute article written by Saied Shoaaib that mentions the Ottawa Public Library.
The Ottawa Public Library has five titles by Muhammad al-Ghazali in Arabic that were purchased in 2005. Muhammad Al-Ghazali died in 1996, and was predominantly known as a respected Egyptian scholar who had a strong following for his many books and views on Islam.
We researched Ghazali and found this information:
·“The author of 94 books, Sheik Ghazali attracted a broad following with works that sought to interpret Islam and its holy book, the Koran, in a modern light. He is widely credited with contributing to a revival of Islamic faith in Egypt over the last decade” New York Times, March 14, 1996.
· In favor of taking ideas from the non-Muslim world, Ghazali was moderate in supporting women’s rights and a gradualist approach to Islamic democracy.” Wilkes, George R. “Muhammad, al- Ghazali.” Encyclopedia of the Modern Middle East. Gale, 2004. Biography in Context.
·“In Islam and Political Despotism and Prejudice and Tolerance in Christianity and Islam, (Ghazali) advocated the variety of ways in which religion could be a source of social justice and promote peace in the modern world.” Huda, Qamar-ul. “Muhammad, al- Ghazali.” Encyclopedia of Islam and the Muslim World. Ed. Richard C. Martin. New York: Macmillan Reference USA, 2004. Biography in Context.
We also have consulted with local academics at the Universities of Ottawa and Carleton, and not one of them confirmed that el-Ghazali is known as a promoter of violence and extremism.
The Content Services department that reviews donations for the collection, does not have any trace of the donated books mentioned in this article. OPL actively collects Arabic books according to selection criteria which are posted on the OPL website https://biblioottawalibrary.ca/en/content/material-selection-policy. We accept all viewpoints, providing they do not break the law by being deemed hate literature. The article is wrong to assume that items in our collection did not meet the selection criteria. A quick search in the catalogue would show we collect many points of view, in all languages. We have many books looking at different aspects of Islam, and several which discourage violence and extremism.
As a Canadian public library, the OPL adheres to the Canadian Federation of Library Association Statement on Intellectual Freedom and Libraries:
Libraries have a core responsibility to safeguard and facilitate access to constitutionally protected expressions of knowledge, imagination, ideas, and opinion, including those which some individuals and groups consider unconventional, unpopular or unacceptable. To this end, in accordance with their mandates and professional values and standards, libraries provide, defend and promote equitable access to the widest possible variety of expressive content and resist calls for censorship and the adoption of systems that deny or restrict access to resources. http://cfla-fcab.ca/en/programs/guidelines-and-position-papers/statement-on-intellectual-freedom-and-libraries/
The Ottawa Public Library looks for a balanced collection of views. For a full range of reading on Islam, please search our catalogue at https://biblioottawalibrary.ca/en/.
4- Translation of Quranic verses: http://www.oneummah.net/quran/
5- Book “lovers of Death” by Tom Quggin and Saied Shoaaib
https://secondstarpublishing.com/product/product1/