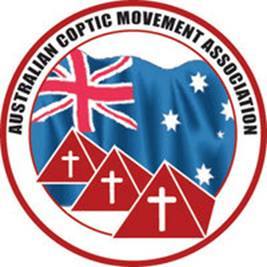 Dismayingly, the Minister asserts that the reports of Coptic persecution are merely ‘rumours’. These remarks were reportedly made to Australian Parliamentarians during
her recent visit to Australia according to the prominent Al Masry Al Youm newspaper
“We understand that Egypt is facing many challenges and indeed threats, however, to assert that the severe persecution of Coptic Christians is merely based on rumours
is simply outrageous in light of the great suffering of many Copts in Egypt and abroad”, said Peter Tadros, spokesperson for ACM
Islamist terror is not the only threat to Egypt’s Copts. Coptic Christians have been subject to mob violence, massacres, restrictions on worship, attacks from security
forces and widespread discrimination
Earlier this year, churches were attacked in the Palm Sunday twin bombings, one of which was an attempted assassination on the Coptic Orthodox Pope
As recently as last month, small churches such as those in Minya were closed by authorities
The Egyptian government bears responsibility for an environment where anti-Christian sentiment is rife. Coptic Christians have been murdered with impunity
Coptic Christian women have been abducted and police are either unwilling or unable to investigate those matters. Copts routinely experience discrimination in almost
all sectors. The discrimination is institutional
It is incumbent upon the Egyptian government to fulfil its responsibility of protecting its own nationals. We repeat that euphonious rhetoric must be accompanied by concrete action
Egyptians are entitled to feel safe and secure in their homeland
It is not acceptable that the Minister dismisses the persecution and discrimination in the name of ‘National Unity
We totally reject the Minister’s representation and we will continue to demand justice for all Copts who are victims of discrimination, persecution and terror