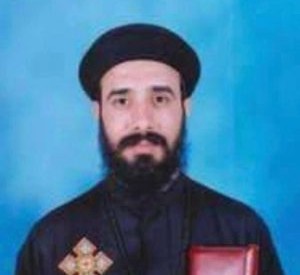 Fr Simon Shehata was brutally murdered with a meat cleaver in broad daylight. We do not want to see a another cover up and meaningless rhetoric from the Egyptian Government and it’s institutions

The Australian Coptic Movement Association (ACM) strongly condemns the latest incident in Marg, Cairo, where a Coptic Orthodox Priest has been viciously killed in broad daylight. The initial reports
from the Interior Ministry and Egyptian media suggest that the murderer was ‘mentally deranged’ even though the accused has a history of threatening Copts in the district.

No justification can be provided for killing a Coptic priest in this manner.

This incident has occurred amidst a surge in attacks on Coptic Christians throughout Egypt. One NGO has reported a total of 546 sectarian attacks targeting Copts between 2012 and 2017 with
almost no one held accountable for the attacks.

Egypt, once a cradle of civilisation, will not be able to grow and realise its full potential if these attacks continue.

We strongly urge the Egyptian government led by President Sisi to ensure that justice is dispensed in this incident and for all previous attacks against Coptic Christians. We do not want
to see a another cover up and meaningless rhetoric. Copt’s in Egypt and throughout the diaspora do not demand any special treatment. If the Egyptian Government and all it’s institutions are serious about protecting
Egypt’s international reputation then they should start by ensuring that justice occurs.

Individuals and those who incite violence cannot be allowed to carry out such reprehensible acts with impunity.

A failure to do so on the part of the Egyptian authorities will have negative repercussions; it will demonstrate a disturbing disregard for human dignity on their part and embolden individuals to engage in such activities with the
knowledge that the authorities will turn a blind eye.