Abram Makar writes: Ghada Melek, The Truth will be Victorious 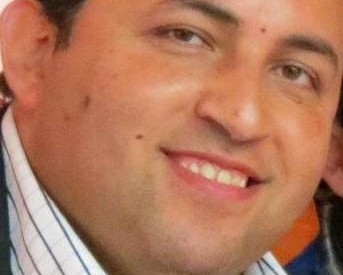 There was an article published in the National Post and written by Tom Blackwell under the title of:
“Her run for the Ontario PCs ended after she tweeted about Islam, but Ghada Melek is now a federal Conservative candidate.”
The article stated that Ghada was eliminated from the PC Party nomination in the province of Ontario because of a tweet she issued regarding the role of the Muslim Brotherhood in Egypt and her support for the Egyptian public’s protests against Mohamed Morsi. In addition, the article discussed Ghada’s description of an advertisement for the Veil published by a group called “The North American Islamic Circle” as offensive because of its content which claims that the veil worn by Muslim women is modelled after Virgin Mary’s head scarf. Ghada noted the offence stems from misusing a highly divine holy Christian figure as St. Mary in an advertisement.
A few days later, a report was issued by an Islamic entity called “The National Council of Canadian Muslims”. The report was published in “Global News ” and demanded that Ghada Melek step down because of statements she had allegedly made about Islamic extremism. The report alleged that Melek is against Islam, and has made comments against homosexuality, and for these reasons, Ghada may not be able to serve all the citizens in her riding.
The truth is, Ghada will pass all these small obstacles and minor accusations which only attempt to eliminate a strong and principled Conservative candidate. Previous articles attempted to distort Melek’s tweet and credibility. However, Melek did not criticize Islam, but rather Islamists. She did not criticize homosexuality, but instead, the sex curriculum in schools, which is rejected by thousands of parents throughout Ontario.
Talking about Islamic extremism should not offend or intimidate Muslims. In fact, when one speaks up about the dangers of political Islam, he/she is not spreading hatred but increasing awareness about the danger of an ideology which is first and foremost rejected by many Muslims. People who know Ghada Melek know that she is a special human being with a strong and yet understanding personality. Instead of looking for a tweet here and there, check out her personal social media page where you will find tremendous support from Christians, Muslims, Jews, Hindus, Buddhists, and others who adhere to just about every belief and religion.
You will find supporting tweets from Eric Lorenzen, the long-time Conservative Party campaigner and the Vice-President of Communications for LGBTory.
You will find support from Sheikh Emam Mohamed el Tawheedy. You will find support from Muslim veiled women. You will find support that refutes any claimed accusations of Islamophobia or homophobia.
Finally, there was a sweet comment about Ghada from one Canadian in response to the National Post article saying, “No doubt that wonderful smile will attract lots of votes.”