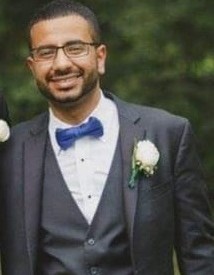 Ever since I was a young child, I would always read a lot of books. These books were about wonderful characters and stories that took my breath away; but I never wanted to meet the authors. Because then I would learn something that I didn’t want to know: the authors are real people. And real people have flaws.

In my writing I have often had to portray biblical figures in a human/relatable way. The best way to make a character relatable is to give them some small flaws, so that’s what I did. Luckily, I didn’t need to look too hard to find flaws in Biblical characters. Noah was a drunk, Abrahaam was a liar, Samson had no self-control, even King David was a murderer. Moving on to the new testament: the disciples were doubtful, abrasive, violent, and often didn’t get along. But all of these people are still our heroes. What does that teach us?

From their stories we learn two important things. The first lesson is that even heroes can fall. Samson, known as the strongest man at his time, was still not strong enough to overcome his own temptations. He fell for someone, and gave away his Godly secrets. King David, the greatest king that Israel had ever known, had all the riches his heart could desire. Even so, he ended up murdering a man to steal his wife. Peter the Apostle walked side-by-side with Jesus; witnessing every miracle that he performed. But still he doubted and ran when the soldiers came to arrest him.

The second lesson is that no matter how hard you fall, you can rise again. Samson and King David repented before their deaths. The disciples preached the Word of God to the whole world. And all of that despite the fact that they fell, and fell hard. So what does that teach you? No matter how hard you fall, you too can get back up. You too can be a hero.