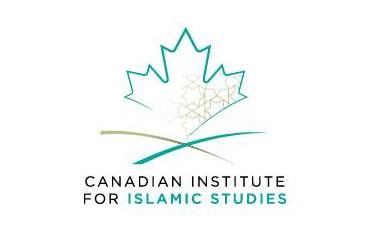 The Canadian Islamic Institute rejects the use of loudspeakers or any disturbing manner to announce the call to prayer in mosques. This is the same whether it is during the month of Ramadan or any other month. The Institute confirms there is no relationship between this demand for the call to prayer and Islam. The totality of the values in Islam, in the opinion of the institute, reject any harm to the other, whether by voice, by hand, or by any means of coercion and violence.
The Institute also believes that while some advocate that the call to prayer pleases Muslims, this is incorrect. Many Muslims reject this and consider it inconsistent with their religion.
There are those who say that this method of announcing prayer times existed at the time of the Prophet Muhammad. If this was true, it was likely because there was no other way to announce the prayer. There was no Internet and no mobile phone applications at that time to tell Muslims the date and times of the prayer. The Institute asserts that had the Prophet Muhammad lived in our time, he would reject the imposition of the announcement of prayer using loudspeakers on Muslims and non-Muslims.
Many Imams refuse to use loudspeakers for the call to prayer. The leading Imam Muhammad Metwalli al-Shaarawi banned the call to loudspeaker when he was the minister of Awkaf . He is a scholar from Al-Azhar, the largest and most important educational institution in the Sunni Islamic world. He clearly stated that the announcement of prayer has nothing to do with religiosity. He believes it is “demagogic”, and it has no relationship to Islam. A similar view has been confirmed by other imams such as Dr. Mukhtar Juma, Al-Habib Al-Jaafari, Khaled Al-Jundi and Saad Youssef.
An imam in the Canadian city of Toronto said the call to prayer is aimed at defining Islam for Canadians and that the “religion” of Islami is very peaceful. Unfortunately, this is a misleading because it violates the rights of Canadians.
The Institute affirms that Islam does not have a one supreme religious authority that has the right to monopolize the representation of Islam and Muslims. The imams of mosques and those interested in Islamic affairs certainly have an important role, but in the end they are not elected and in the end they express only their opinions. And Muslims, like other groups, differ from each other on a wide range of matters.
For example, there are those who say the “call to prayer” revives Muslims. Another said that the call to prayer preserves the spirit of Ramadan and a third says that it would restore joy to Muslims. On the other hand, there are Muslims that are reject this and consider the whole affairs as being against Islam. These are the opinion and views of individuals. The society should take the decision be based on whether the action is harmful to others, should it be based on the laws of the land.
The Canadian Islamic Institute calls on imams and those interested in Islamic affairs to use the Internet to raise the call to prayer without any loudspeakers. At the same time, we should use the Internet and other forums to conduct a spiritual discussion about the total values of Islam. The Institute also calls on imams and those interested in Islamic affairs to do more to help the poor, the elderly, and other benevolent acts that Islam calls us to.
instituteccanadianislamic@gmail.com