Bishoy Bebawy writes: “Have Faith!”: a meditation on the role of fear in our lives 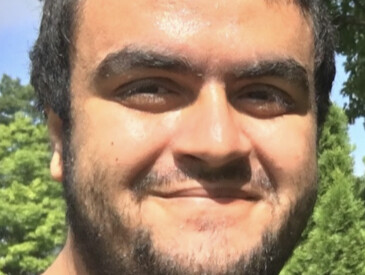 Fear is a universal concept (Greek: eidos) we all share but its manifestation in each person’s life is worth equal consideration as we grapple with the theme of fear throughout scripture. As with scripture, the Holy Spirit speaks a different Word in every age and all proceed from the same text. Therefore, we can say that there exist central or universal truths when it comes to faith and humanity but the individual experience, that of a particular time or place, is of great, if not equal, importance. This meditation will not be a scripture lesson on the importance of fear throughout the Bible but a template for the reader to perform their own search through scripture and their own private study (sacra pagina/glaphyra) on the individual instances, being careful to consider the context and what that has to contribute to the illustrations set forth by scripture. So I will take as my central text the Gospel according to Mark and the theme from the First Epistle of John.

In the First Epistle of John, we are given our first positive statement about whom God is, a statement that is so cliché that the average theologian, let alone the average child, would say: “God is love”, when asked for a cataphatic theological statement. This statement comes right from this very same epistle and the very same chapter to which I make reference (also happens to be a favourite hymn of mine). In it, he says: “There is no fear in love, but perfect love casts out fear.” (1 Jn 4:18) Here is a statement which can be inverted and is inverted in the lines that follow it. Conversely, perfect fear casts out love. There is much that can be said about how fear destroys any capacity for love in our hearts, but one only need look at the world around us to find examples. But with this concept laid forth, I will turn to our exemplar in the Gospel of Mark.

Other than watching a performer walk a tight rope, one of the most prolific examples of someone defying fear is found in the Gospels of Matthew, Mark and John. Each give accounts that, although similar in their core, vastly differ in the details. The account from vv. 45-52 immediately follows the account of the Feeding of the Five Thousand and its juxtaposition is not arbitrary but intentional as the passage indicates. I chose this passage as the exemplar for this meditation as it perfectly illustrates the fears that manifested themselves in the lives of these first-century Jewish fishermen. They were out at night, a time when only men were out and about, at a time when lamps were not something fishermen had on their boats. The sea in particular was a treacherous place to be at night. They were far from shore, which meant help was not easily available and no one would hear them if they did scream anyway. There was a possibility that pirates could stop and steal their catch. The Sea of Galilee was also prone to erupt into tempest and violent storms, in which they might perish with no help available. Their situation was already grim but there was also another aspect to the sea that made it sinister to these Jewish fishermen. In Job, the Lord God makes mention of a great sea monster called Leviathan, described as a large serpent with thick armour. This then is a stage that is set for the arrival of the Son of God. A scene of total horror that entails their livelihood. Aside from the reference made in Job to walking on the face of the deep and the spirit that hovered over the face of the deep, Jesus comes in the flesh to the boat and identifies himself. Just as he dispelled the storm and walked on the deep, over those monsters and past those pirates who were out searching for their victims, so too does he bring us to himself out of the utter darkness. What is evident is that the knowledge of God is what brought them out of that darkness and into the light, and yet they still did not perceive what they had seen. The disciples’ lack of faith demonstrated here is immediately drawn back into the events of the previous day at the feeding. The passage marks this: “But their hearts were hardened.” (Mk 6:52) A heart that is hardened by servile fear, a fear characterized by worry at the things we do not know and an aggression towards those very same people or things, cannot know the love of God and thus can neither love nor know God. There is a great connectedness between filiation to God and the abandonment of fear, in fact the same verb that Jesus utters to the disciples from the sea is the same verb he utters in John 16:33: “Have faith! Θαρσεῖτε!”
In our world and in our careers and our relationships we may face obstacles or demons but our demeanour must not be anything short of a child of God, one who walks over the face of the deep with authority and through the storm as though they were master of the elements. And this is the message of the Jesus who comes to us, the faithful and true witness (Rev 3:14), alone in the midst of a raging sea: “Be still, and know that I AM God!”(Ps 46:10).

Bishoy Bebawy is a masters student at the Faculty of Theology in the University of St.Michael’s College within the University of Toronto. He possesses an Honours Bachelor of Arts in Classical Languages and Classical Civilizations and Medieval Studies. He focusses on Systematic Theology and the models of the Trinity throughout history.